I love living here in Portland, Oregon. We have bands of literary gangs that rove the city at night. Writing groups and reading series all over if you know where to find them. We have dozens of literary magazines, some indie, some from universities. Lately, I’ve been lucky to read at a few great events. I read with Davis Slater’s Foul Weather Writers a month or so ago and just a few days ago with Domi Shoemaker’s Burnt Tongue where Tom Spanbauer’s Dangerous Writers read. Here’s a small gallery of photos I took that night. 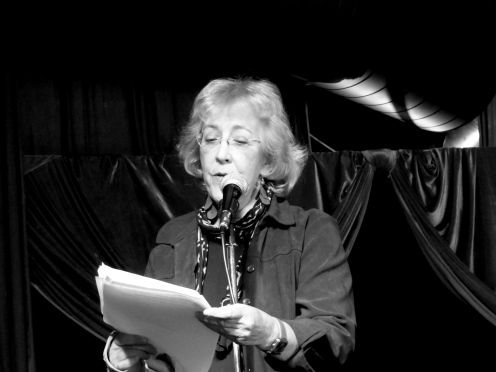 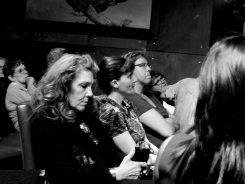 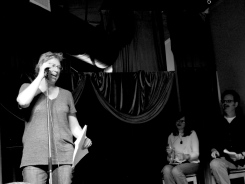 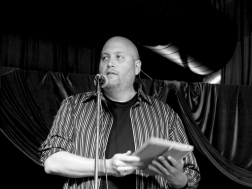 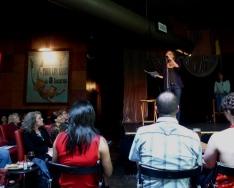 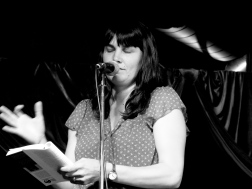 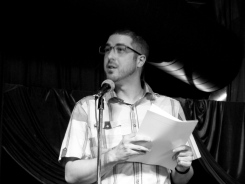 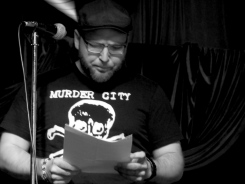 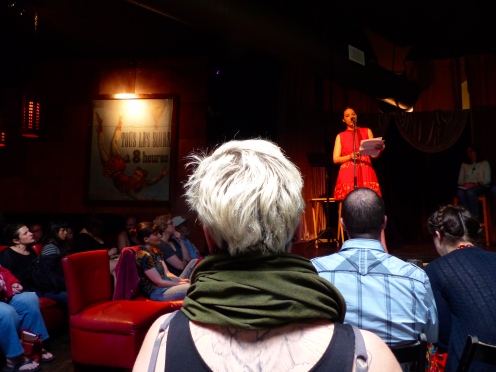 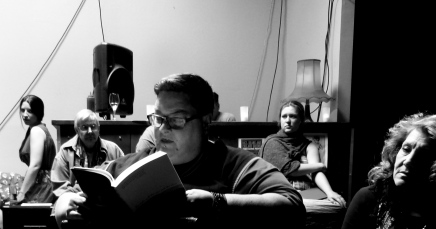 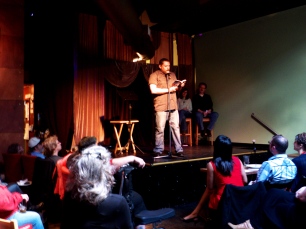 This week is pretty  uneventful for me as far as readings go. My CNF piece about rich people paying me to waterboard them was accepted in Perceptions Literary Magazine and they are having their launch party this Thursday at Edgefield. I’m super-excited to go and I was asked to read. I can’t wait.

Ooligan sent me a list of venues that are interested in having me read. Many are in Portland, but about half are all over the state and as far north as Seattle so those dates will be announced soon. The dates I have down for sure, right now, are next Tuesday at Clackamas Community College for a literature of war class. Jeff McAlpine teaches it, and one of the books they used for class was The Wax Bullet War. I get to step into the class and talk about it. Then that night I’ll be reading downtown at Powells! In the Pearl Room! Then I return to CCC for an 11:30am reading  on Thursday because my fiction piece about relationships in Portland won second place in a fiction contest. Finally, at the end of the month, on the 31st, I am the keynote speaker at CCC for their annual literary event. I also get to teach a class there. I can’t wait.

It’s great to be a part of such a supportive community. There are a few writers that get a little bit of success and suddenly become too cool for school, but that is a really small percentage. For the most part everyone knows how crazy the process is, how insanely difficult it is to get any sort of success in this biz, and they bend over backwards to help you out. I’ll name drop some of the coolest Northwest writers only because they deserve it: Craig Leslie is the nicest man on the planet and he’s won a million writing awards. Lidia Yuknavitch is a  rock star and a totally supportive human being. Patrick Dewitt was a cool dude. Ben Percy, even though he’s moved east, is an amazing guy too. Speaking of heading east, Mike Magnuson is my favorite writer. He’s my mentor and one of my best friends. Oh, I just met Brian Turner at an event where we spoke together, and I’m not shitting you, at the beginning of his talk he told everyone to take out their cell phones. I thought he was going to tell us to turn them off; instead he gave everyone his phone number and said to call him if they knew of a way that he could help vets in their community. My point is that the writers I know are amazing people and very supportive and I’ve been lucky enough to meet them because Portland is such a great place for a writer to live.

More reading dates for me are coming up soon. I know I have one as early as June 4th in Salem, but I forgot where. I’ll put it out soon.