Here in Port Huron there has been a convergence of artistic veterans: Jim Frank, Richard Casper, Brian Turner, and me. Jim lives here and teaches at St. Claire County Community College and he put this whole thing together with an NEA grant. He picked me up from the Detroit airport on Thursday and showed me the PoHo nightlife. We headed out to Cajun Gators to have a few cocktails. The next morning was the radio show. I spoke to Paul Miller in the morning: 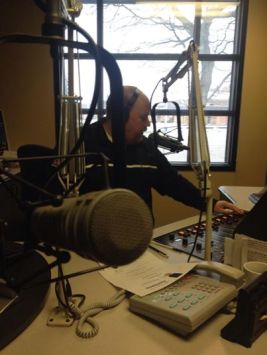 There’s a link for the radio interview. I apologize that it’s on a station that plays Glen Beck.

After the interview we went back to Detroit to pick up Richard Casper. He served as a marine until 2007. He guarded G. W. Bush and then did a tour in Iraq where he was wounded and sent home. His non-profit is called Creativets, and it gets wounded combat veterans into the arts by flying them to Nashville and having them write songs with some number one hit writing musicians. It’s not surprising to me that more and more veterans are turning to the arts to heal. Richard did. He went to the School of the Art Institute of Chicago.

After picking Richard up we ate lunch at Slows BBQ in Detroit which was awesome and I bought a T-shirt. Then we drove around Detroit and I took a ton of photos of the wreckage and ruin. I’ll post those when I get back home. It was eerie and weird to see so many burnt out and abandoned buildings right there in the city. After that we headed back to PoHo (Port Huron) and hung out at the VFW for an hour or so to meet the local veterans.

After the VFW we headed over to a community art center and spoke to more veterans. 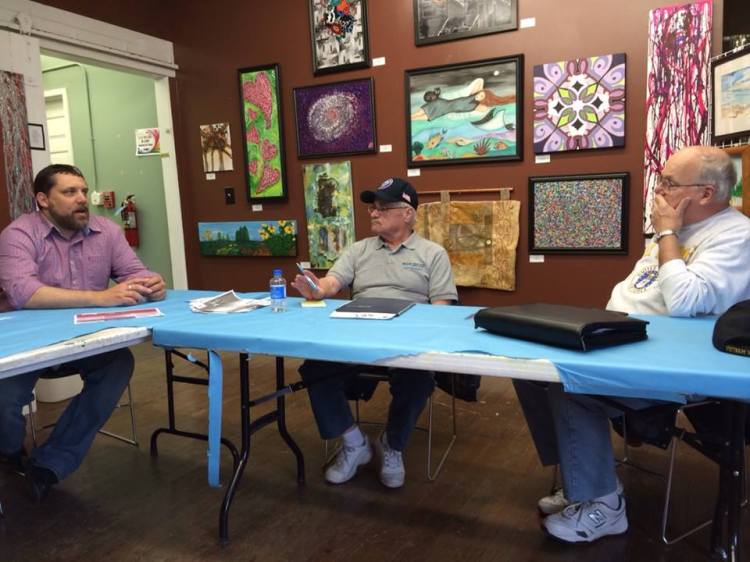 And last night we met up with Brian Turner and had a beer or two. He’s the poet who wrote Here Bullet and a few other books which I’m going to pick up today. He’s a cool guy, former army infantry and as it turns out we were both in Taji at the same time. He wrote poems and I wrote prose.

Today Brian, Richard and I will be putting on classes at the art center in town and tomorrow we will be speaking and reading at the college. I’m having a blast.