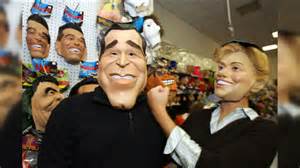 The GOP chose to respond to President Obama’s State of the Union Address with the face of a female freshman senator from Iowa. While what she said didn’t impress anyone, the fact that she’s not a rich, old, white man should be noticed. Yes, instead of directly answering or even rebutting the president’s message, Senator Ernst carried on the GOP’s misguided ideology, but the fact that she was used as the new face of the Republicans could be a good thing.

Senator Ernst started her response to the president’s speech by telling us that she wasn’t going to respond to his speech. Of course this made little sense, since her responding to the speech was the whole reason the video was produced. Instead of initially responding, she decided to go on a long back story about how she needed to wear bread bags on her feet and sell biscuits at Hardees while saving for college. Yes, we get it. Joni, you grew up with hardships—or at least issues you perceived as hardships—but bread bag shoes does not a poverty-stricken child make.

Senator Ernst’s non-rebuttal of the president’s address rebutted quite a few of his facts, and while those facts can be disputed on both sides, I’d rather talk about her most popular sound bite. Joni told the American people, “We heard the message you sent in November loud and clear, and now we’re getting to work to change the direction Washington has been taking our country.”

So, putting all these facts together let’s reexamine what message was sent loud and clear by the American people. Most money ever spent in a midterm election + lowest voter turnout in 72 years + lowest sustained approval rating + astronomical reelection rate = what, exactly?

And let’s talk about the direction the GOP wants to take our country. We have record day after record day in the stock market. Unemployment is lower than it has been in a decade, and we’re finally getting out of this recession. Ernst said the Republicans are going to change the direction of our country. Why? What direction do they want to take us in?

This aside, the one positive we can take away from the GOP’s response is that they’ve taken the stance of the champion of the middle class. While this is highly suspect it can also be seen as foreshadowing for the next election. The Republicans love their talking points and if they say they want to work on economic inequality enough times, who knows, maybe someone will benefit from it. I may be an eternal optimist, but I hope some good will come of this, even if they are pretending to want to help the middle class. Wasn’t it Orwell who said if you wear the mask long enough it will start to fit your face?