It was almost touching, really, Portland was so sad to see me go she was crying all over the place. The mist made the moss covered cliffs of the Gorge impossibly green. The farthest east I’d ever been on I84 before yesterday was Umatilla. I’m probably like every other Portlander, but when the Idaho border didn’t come I realized that there is much more to Oregon than the coast and our little city, and most of it is beautiful. I took a ton of footage on the GoPro and I’ll cut that together later on to document the book tour. 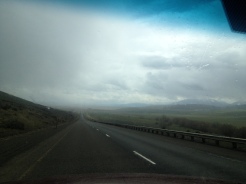 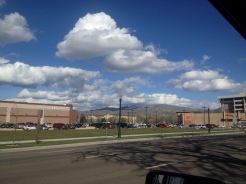 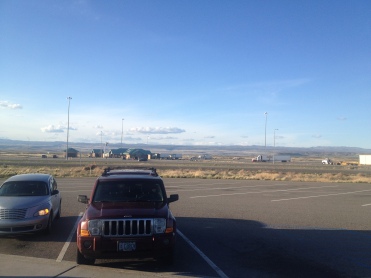 When the sun set I realized that driving east on I84 is nothing like driving on I5. There are no small towns every ten miles or so. There is nothing for large distances. It was like driving through deep space surrounded by nothing but vast tracks of land empty of everything except an unhealthy appreciation for Tom Petty and Lynyrd Skynyrd on the radio.

My truck, which will be referred to hereafter as The Red Dragon, shows me approximately how many miles I have before we run out of fuel. Somewhere in the black it said twenty miles and soon as I looked up from that I saw a sign that said next service station 38 miles so I veered and took that exit. Yes, I really did veer. So, I was off the main road and there were no lights that would show a town. I had to double check with my co-pilot – Siri. Siri said there was a service station 8.5 miles off of the road in the direction I was heading so I went with it. After two miles the road turned from asphalt to packed dirt and still no lights. The Red Dragon jumped from 12 miles left to 0 miles left until empty and there it was: the town of Malta, Idaho, population 171, and there was Bennet’s Service Station. It was closed and deserted even at 8:30pm. 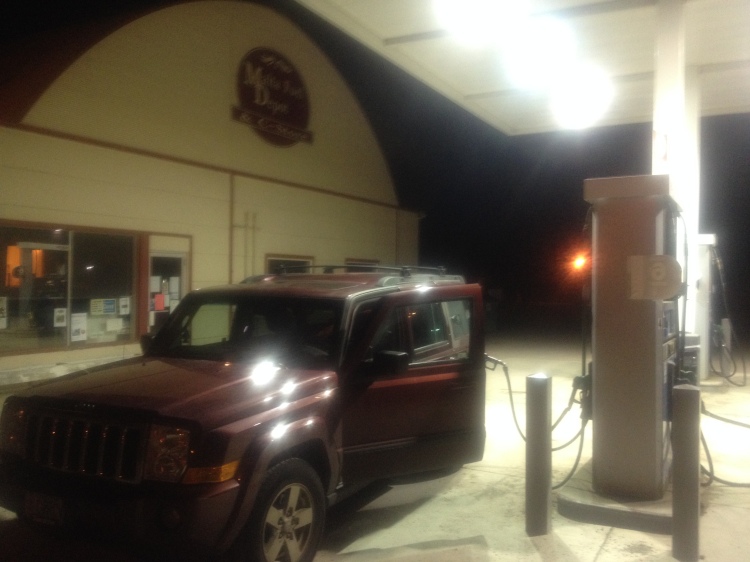 I pull in anyway and frantically start shoving all my cards into the pump and pushing buttons at random. It doesn’t work. I started thinking about my army-issued sleeping bag, pillow, and bottle of wine, but I tried it one more time and it worked.

An hour later I rolled into Utah and an hour after that I made it to Kase and Mary’s house. Kase is finishing up his book Release a creative non fiction book on cranialsynostosis through McFarland Books. Writer buddies should be the number one resource of all writers. Kase set up the reading for me here in Ogden on Monday night. As for today we’re going to drop in to a VFW and I’m going to drop into a local retirement home to read to some veterans. That is one of my favorite things to do, read to old veterans. Then, finally, at the end of the day, we will watch the season premiere of Game of Thrones.

April 5, 1995 – My unit, Charlie Company 4-22 infantry – Regulars, by God – had just returned from Haiti from Operation Uphold Democracy and we found we were disbanding. I was reassigned to Fort Drum, New York.

April 5, 2004 – My unit, Bravo Company 2/162 infantry, was in Taji, Iraq patrolling our the area around our base and getting ready for air assault missions