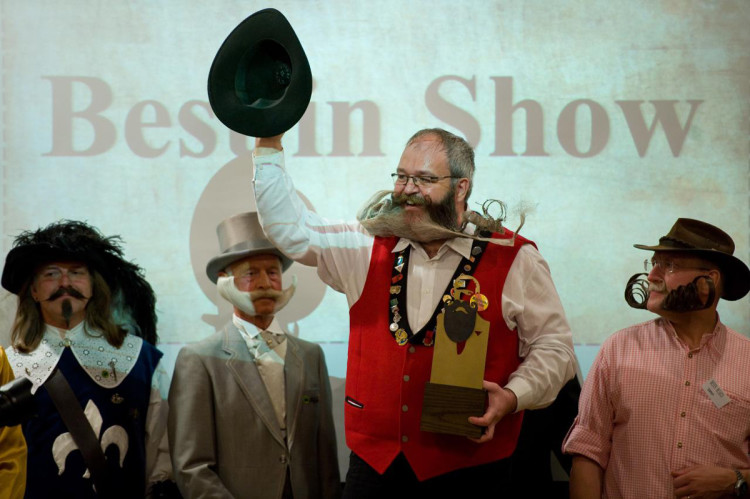 ALL WE ARE SAYING IS GIVE MATH A CHANCE

In the mid-18th Century, an English statistician and Presbyterian minister named Thomas Bayes decided to prove the existence of God with a math equation. He spent his entire life studying logic and theology, and his published works on both were highly respected. After years of working on his equation, Bayes’ theorem was finally finished. He then stuck it in a drawer and refused to look at it again. This equation was found and published by a colleague after Bayes’ death, and the theorem is still used today. It is the best-known formula for inverse probability problems. After seeing what cards have been dealt in blackjack, for example, what are the odds you’ll bust on the next hit? What are the chances you’ll roll two double-sixes in craps? So, a theory that had been originally created to prove the existence of God wound up being used by gamblers.

In 1963, a balding 34-year-old Croatian music teacher boards a train bound for Dubrovnik. Before reaching its destination, the train slips off the rails and plunges into an icy lake. Seventeen people die, but the music teacher survives. On a trip to Rijeka a year later, the door to his plane blows off, tearing a hole in the fuselage. The crash kills 19 passengers—our music teacher wakes up in a haystack. He goes on to live through two vehicle explosions, gets hit by a bus, and later on, in order to avoid a head-on collision with a United Nations truck, he drives through the guardrail on a coast highway. He jumps out and lands in a tree growing from the cliff face, and watches his car crash 300 feet below. The music teacher ends up winning the lottery in his late 70s with the first ticket he’s ever bought. He builds a shrine to the Virgin Mary with his winnings, believing she is responsible for his luck. The music teacher is named Frane Selak.

The Japanese call men and women who survived the atomic bomb hibakusha, a word that literally means “explosion-affected people.” The only certified case of a double hibakusha was a man named Tsutomu Yamaguchi. He worked for Mitsubishi Heavy Industries and was on a business trip to Hiroshima on August 6, 1945. At 8:15 a.m., Little Boy exploded a mile and a half away from him. Three days later he made it home to Nagasaki, and in the middle of telling his bosses all about what had happened Fat Man went off, again only a little over a mile away. What is the probability that this man would survive both blasts and then live until he’s 93 years old?

Chance, luck, and probability are pesky problems in an orderly system. There are truths in nature. Nothing can travel faster than 299, 792, 458 miles per second. This is the speed of light. The temperature where all natural process ceases is -459.67˚F. This is Absolute Zero. The amount of matter in this universe is constant and only changes from one state to another. The Fibonacci numbers show how a flower grows or a snail creates its shell or fruit sprouts from a pineapple. A normal person doesn’t cheat death six times and live on a private island with his lottery winnings. A normal person doesn’t survive two atomic blasts and then live to be a nonagenarian. Chance is that little bit of chaos that allows the sublime. Scientists and philosophers and even the religious chase the truth but will never catch it because of chance. We create theories to predict celestial movement but can’t even explain how there are an infinite amount of numbers between zero and one, and each of those numbers is an opportunity to somehow beat the odds.

A man surviving the only two atomic blasts during wartime makes for an amazing story. Mister Yamaguchi’s son died of cancer in his 50s. His wife died of cancer. Even he died of cancer, eventually, from the gamma radiation of the bombs. Over 150,000 people were eliminated in those blasts, but Yamaguchi’s survival was incredible and allowed him to become an advocate for global nuclear disarmament. And take our chubby music teacher—it’s fascinating that he survived repeated disasters, but he played by the same laws of physics as everybody else. He can build a shrine of gratitude to the Virgin Mary, but he should really build a shrine to chance. Ultimately, when Bayes tried to prove the existence of God with an equation, he was missing the point. You can’t thwart chance with religion because chance likely created religion. And you can’t eliminate chance with a theorem in order to make the world a more beautiful place. Chance is the reason for its beauty.