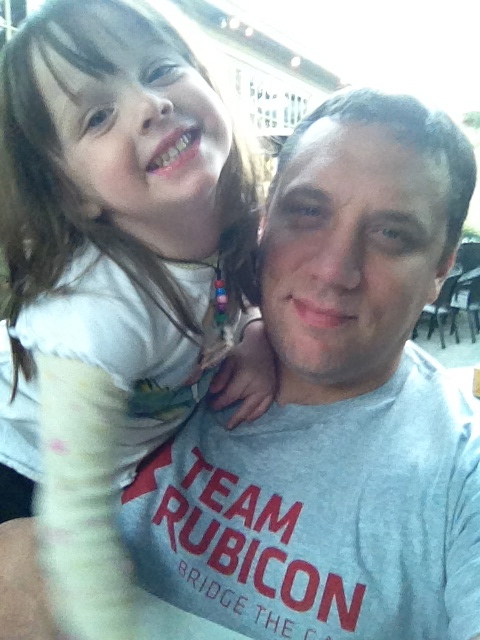 Scars are the result of the body’s natural healing process. The body mends the damaged skin by forming collagen fibers and once healed the skin will be tougher, thicker with a different color and texture than the surrounding skin. But scars aren’t only physical. By trying to protect what we’re made of they have the ability to remind us and show the world what we’ve been through, where we came from, and who we are now. Our scars are records of life-changing events and these events are rarely forgotten. Skin has a memory, sometimes more accurate than our minds, and each scar can hold a wide range of emotions. Surprisingly, these memories are not all bad. The first scar I remember came from jumping over a mountain when I was nine years old.

It was summer in 1982 and my brothers and I lived in a singlewide trailer with our grandparents. Fixed incomes made buying toys a low priority so the three of us played pirates, space warriors, or knights by swinging tree branches and throwing pinecones at each other. We lived in a small, logging town in the Oregon Cascades under peaks called Sisters, Three Fingered Jack, and Broken Top. The thousands of trees surrounding us became the dark forests of the different books we read, and every boulder became a mountain to conquer. On one summer afternoon I vanquished my seven-year-old brother, sprinted to save the youngest brother from some fictitious evil and leapt over one of our mountains to land on a two-inch roofing screw. It drove itself into the pink skin of my bare right foot between the callused pad beneath my toes and my grass-stained heel.

I felt the pressure and odd sensation of the screw sticking into the skin and muscle, but no pain at first. Both brothers came over and when I lifted my foot to show them, all three of us stared at it without knowing what to do, until my youngest brother yelled for Grandma. Grandma’s surprise made it hurt worse, or at least I played it up more. Soon, my head was on her lap, she stroked my hair, and sent my middle brother for some pliers. Only the head, the rubber washer, and a couple threads stuck out from my soft skin. After she pulled the screw out, she set up a place on the couch in the living room for me to sit and eat ice cream for the rest of the day. While my brothers had to stay outside and play, I sat inside with Grandma looking after me.

My second scar happened a year and a half later, after my dad showed up out of nowhere and took his boys back to raise them himself. He moved us one town over to live in a different singlewide trailer, in a different trailer park. One day Dad took my brothers and I shooting for the first time. I remember him standing there, swaying as I buried the stock of a thirty-ought-six rifle tight into the pocket between my shoulder and chest. I squeezed my left eye shut and laid the crosshairs of the scope right on the logo of an empty Budweiser can. Dad squatted next to me and his beer-smelling words bent the fine hairs on my cheek. He whispered for me to hold my breath right before pulling the trigger. After the ear-splitting crack I fought the kick and kept my feet. I recovered and leaned the hot barrel on a stump and stood on tiptoes to see if I hit the can.

The world turned red, then black. The scope had dug a crescent moon where the bridge of my nose met my right eyebrow. I thought I had gone blind until he wiped all the blood away with his flannel sleeve.

In high school I played many sports and every game night I searched the seats for my dad. I never knew if he would show. One night during a varsity football game I saw him standing at the end of the bleachers sipping from a tallboy can wrapped in a brown paper bag. From then on I pushed myself harder than I had ever remembered. On offense I made several catches and broke a few tackles; on defense I dove through blockers to destroy the ball carriers. I only came off the field during special teams and during those times I couldn’t wait to get back in, to make an incredible play, to make Dad proud. I was on the sideline staring at him when the coach called my name. I turned to see him pointing at the inside of my left elbow. It must have been a facemask or metal cleat that tore the skin open. The blood flowed slowly down my forearm and dripped off my gloved pinkie. I didn’t want it bandaged; I wanted my dad to see it. I wanted him to see how willing I was to take the pain in order to win his approval, but the coach told me he had to wrap it for my safety and the safety of the other players. I sat on a bench and while he was wrapping my arm I stretched my neck to peek over him. Dad was gone.

Maybe that scar was the seed, the first action of many to win his approval even if he didn’t have the ability to give it to me. Maybe that had something to do with why I joined the army infantry. I wanted to succeed at something he failed.

The last scar is so small. Only an inch, if that, and so thin. It’s such a tiny, little scar, and it’s not even mine. It runs across the left side of my three-year-old daughter’s belly.

Years after the war I found myself in a hospital again, in the children’s wing. We took her in because of stomach problems. I told my wife it was constipation and we shouldn’t worry, but she said we needed to take her to the emergency room. An x-ray, ultrasound, and CAT scan later I stood at her bedside waiting for the drugs in the IV to put her to sleep. They found a growth inside her. No other explanation. A growth.

I grew up with an abusive, alcoholic father, survived infantry boot camp, ran marathons, patrolled the streets of Haiti during a revolution, fought wildfires, fought wars, lost family members, and all of that, all of it put together couldn’t compare to the difficulty of handing over my unconscious, twenty-five pound baby girl to the surgeon.

I see her tiny, little scar most every day and I thank everything good in this world when she smiles at me. They removed whatever it was and told us she’s as healthy as can be. For the first couple of months she’d show that little pink line off to our friends when they came over. She’d say she has an owie like Daddy now.

Our skin is a diary of our lives and our scars are the memories we’ll never forget, turning points, defining moments, accomplishments, and failures. When I run my finger over the small pink dot on the bottom of my foot I remember love and the sense of safety I had while living with my grandparents. The scar above my right eye changed my facial expressions for the rest of my life and bent the bridge of my nose. While in serious thought, I look mad, and I’ve heard intimidating. I’ve been asked many times what’s wrong when really I’m only thinking. It’s not a big scar at all, but as I age it grows and every morning when I see it in the bathroom mirror, I make a mental note to smile more. The pink coarse skin on the inside of my left elbow still stings a bit, not physically but I see it and think how silly I was to think my pain would win approval from someone incapable of giving it. The series of scars that run down my right forearm are a memorial for the men in my company who died so far from home, the men who didn’t come back. I see it every day, every day.

I look over the landscape of my body and see a child who was loved early on, a boy who overcome a bad childhood, a man who survived revolutions, wars, and natural disasters, and a father who could not love his children more deeply. I know at times I felt that I could not live through many of these injuries, but somehow I did. Somehow I did.

Scars are the result of the body’s natural healing process.