This gallery sums up many afternoons when Jackie wants to “help” me write. I salute everyone with children who somehow find the time to write. 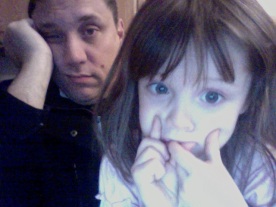 Me trying to write wth Jackie on my lap.