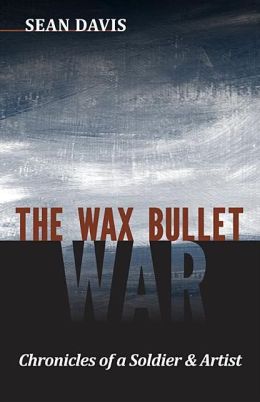 On September 12, 2001, a year and a half after finishing his military service, Sean Davis strolled into the Oregon National Guard’s recruiting office and re-enlisted. After dropping out of art school and working a dead-end government job, September 11 gave him a new sense of purpose and direction. Follow Sean Davis’ life as he discovers the oddities of a pop-up America in a hostile desert wasteland; loses his best friend in a violent ambush; returns, critically wounded, to confinement in a place that’s not his home; deals with the fallout of PTSD and the horror of what he experienced in that war zone; and finally, as he rediscovers art and its power to heal. 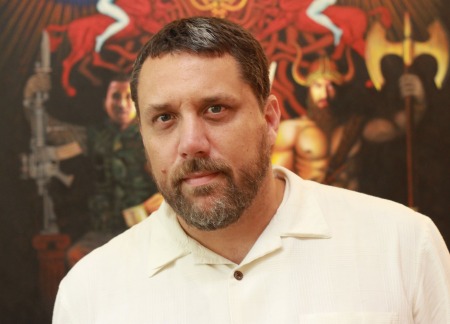 Sean Davis is a veteran of the Iraq war, an artist, and a writer with an interesting story. He attended art school before earning his bachelor’s degree in English from Portland State University and an MFA in Writing from Pacific University. Sean is currently the veterans service coordinator for the opera Canticle of the Black Madonna. Sean has worked on film with Human: The Movie and television on America’s Worst Tattoos. His art hangs in Six Days Gallery in the heart of the Alberta Arts District in Portland, Oregon. He has contributed to numerous publications including the Flaunt Magazine, Nailed Magazine, and The Good Men Project. He has also appeared on 60 Minutes and plays a big role in helping veterans in the Portland community.

Davis transcends politics without ignoring them to bring to light a story of the effects of war on a single soldier. It’s not a manual for fixing the military, foreign policy, or the ravaging effects of PTSD; rather, it’s a guidebook that nudges us along, points out the details, and tells us about things we never knew existed. It’s a beautiful, harrowing, powerful ride through the reality of veteran life in the 21st century.

Praise for The Wax Bullet War

The Wax Bullet War is not a book about battle and its glories. This is a book about duty and its consequences, about rising up from poverty and overcoming PTSD, and about love and art and picking up the pieces and moving on. Sean Davis’s language is pure and poetic and visionary, and his story, one of the finest accounts of the combat veteran’s experience you will ever read, is unforgettable from page to tightly-composed page. Every American and every citizen of the world should read this book and learn from its message of peace and forgiveness and human understanding. ~ Mike Magnuson, author of The Right Man for the Job, Lummox, and Heft on Wheels.

Sean Davis has opened up the soldier’s story wide enough for all of our humanity to emerge–messy, beautiful, chaotic, tender, violent, loving. The territory between soldier and artist is breathtaking.~ Lidia Yuknavitch author of The Chronology of Water, and Dora: A Headcase

The best kind of art breaks, inspires, haunts, and ultimately puts us back together in a slightly altered order so that we may see the world as we have never seen it before. Sean Davis’s The Bullet Wax War does precisely this—connecting our hearts and minds to the dark and perilous as we follow the author’s unflinching and dogged attempt to survive some of the most horrific episodes in recent American history. While the rest of us glanced at catastrophe from the safety of the evening TV news, Davis was on the ground, blood-soaked and broken in Haiti, Iraq, and New Orleans during Katrina, his bare hands dug in the aftermath of disaster and death. But The Bullet Wax War doesn’t just pay homage to soldiers; it grabs hold of anyone who has ever suffered insurmountable pain. Davis staggers and mends and fundamentally rises up to the artist in the man and the reader can’t help but rise up, too. This is a memoir of goodwill and resolve, of guts and sympathy as enormous as the tragedies and heroic misadventures themselves. ~Deborah Reed author of Things We Set on Fire

Sean Davis has penned a brilliant and totally absorbing account of life in the infantry during one of the most troubling times in modern American history. Funny, insightful, literate and poignant–this book will draw equal laughs and tears from its readers. It will stand as one of the best combat memoirs to come out of this new generation of warriors. ~ John R. Bruning author of The Devil’s Sandbox

Davis’ tale of training and combat in Iraq is an important reminder that our politics have consequences. And seriously, what was up with those wax bullets?” — David Axe, War is Boring

A brutally honest account of an ordinary young man surviving extraordinary situations.~ Danfung Dennis Director of the documentary Hell and Back Again

News for The Wax Bullet War: