I was explaining my almost annoying presence on Facebook to a friend of mine. I started out saying that if a person wants to be a successful writer- then I caught myself and restated, “if a person wants to have successes as a writer you need to be your own publicist.” I guess unless you can afford one. I’m sure that would help you out a ton more than doing it yourself. But the main point of this story is that a successful writer is a unicorn nowadays. I know people here in Portland that had deals from the big houses and they’ve gone back to their original day jobs. I know people with multiple books out that have no certainty of a next one. I think being a writer today is all about hustling and making connections. Being a successful writer, sorry, I mean a person with some successes as a writer means keeping yourself extraordinarily busy at all times. For example, I never turn down an opportunity to get a story anywhere. If I have a friend that asks me for an article, a flash fiction piece, or hell I’d even write a poem if asked. I never say no. That goes for art too. If I have a friend who teaches somewhere and puts out a submission call on Facebook for their online litmag, I try to send them something.

Of course you get way behind on everything very quick. I’m about two months backlogged and I don’t even watch television other than Game of Thrones. I have a good friend waiting on a drawing he may use in his novel. I’m late on the next anthology, and I’m barely meeting a deadline for a magazine a good friend found himself editor of in Los Angeles. 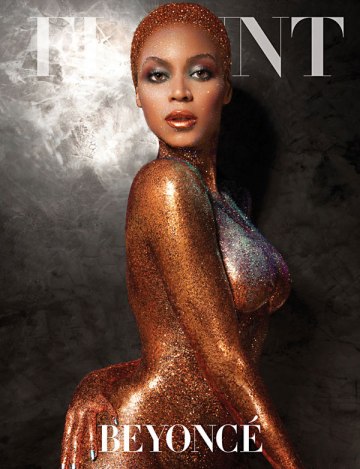 But the other day made it all worth it. I woke up and in my office over my morning coffee and daily edit of whatever I wrote the night before I listened to a writing hero of mine on KBOO, a awesome radio station here in Portland. Lidia Yuknavitch author of one of the best memoirs ever published The Chronology of Water was speaking about the reading series she started at Mount Hood Community College. She spoke with two of her colleagues and they said some great stuff about when I read. I was the first person in their series to read out there and it was an amazing time.

Later that night I headed out to Portland State University and sat with some amazing people on a panel about combat veterans and journalists coming back from war. Jackie Spinner from the Washington Post, Mike Francis from the Oregonian, and combat veteran Rebeka Mae Bruns, along with others. 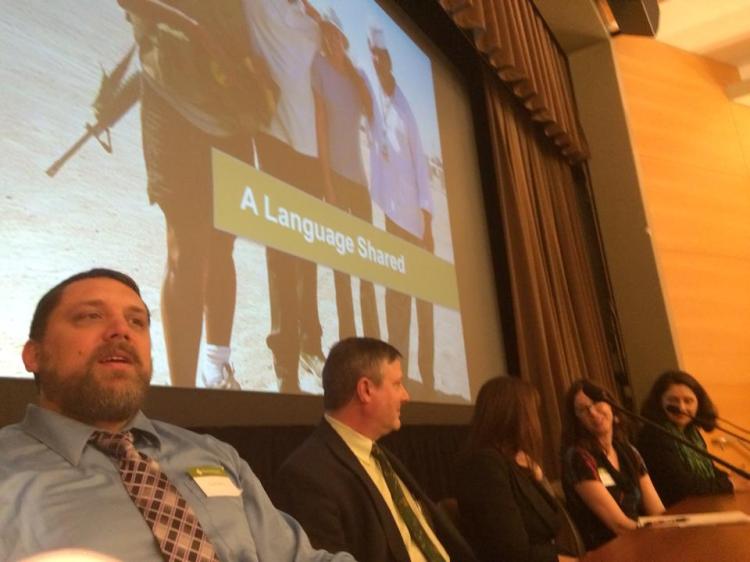 I also talked about how art helps veterans coming back to transition into the society they fought for. Ethan the writer of The Canticle of the Black Madonna was there to support me. Ooligan Press was also there with a little bit of swag for the book. The made these awesome postcards with the book cover on them. They gave me a stack to take up to AWP with me.

So, it’s a difficult thing to do, but I’ve had some successes, you know, as a person who writes, and I’m headed up to Seattle tomorrow to hang out with my amazing friends Mike Magnuson and Kase Johnstun. I’ll be reading with some great people at a pub right there in the middle of it all. Here’s a poster for it on the off chance you’ll be out. 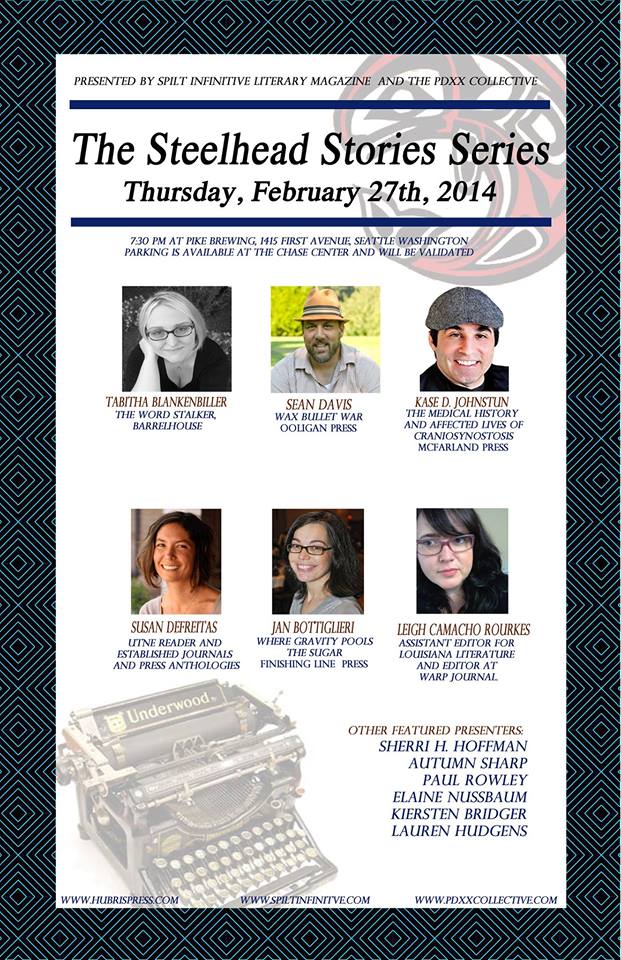