Tradition is a funny thing. It can take a desperate chant created to beg the gods to stop the mindless deaths that was sang in the depths of the worst plague in human history, and turn it into a harmless rhyme sung to children to help them nap at daycare. Ring around the Rosie. A pocket full of posies. Ashes, ashes, we all fall down. How our modern Valentine’s Day  came about is very similar.

To find the origin we’d have to go back to the Romans. They had this god named Februus, and to celebrate him, a festival was held on the 13th to the 15th his month, February. Originally this was a festival of ritual purification, and this meant washing away your evils with water.

Ritually washing your evils away through the Roman filter became dancing around naked and drunk in the rain. Some historians connect the root of Februata to febris, or the latin word for fever or fervor.

Days of drunken debauchery with the intent to work yourself into a fervor in order to purify yourself and purge evil in the society somehow became the Feast of Lupercalia. This really occurred because the people who lived in the area before the founding or Rome had a festival to worship the wolf in this time of year before February was even added to the calendar. The celebration of Februus just happened to fall on the same time of year, so like so many other pagan holidays, many of the customs and rites were absorbed. Why wouldn’t the Romans love a great celebration of wolves? After all, their founders Romulus and Remus were breastfed by one.

The purification celebration along with the worship of the wolf mutated into a Roman Holiday of sacrificing wolves, dogs, and goats, stripping the hide off of them, and then beating the women in the city with the bloody strips. Can you make a guess why the official color of the holiday is red.

In the 3rd Century Emperor Claudius II executed a physician priest named Valentine during one of these festivals. And no one know if he just really didn’t like the name or if it was just one big coincidence but a second priest named Valentine was killed a few years later. Neither of these dead men had any real impact on the feast of Lupercalia, that is until two hundred years later when Pope Galasius I decided to simply cover this drunken pagan festival with a Holy Roman holiday. He is the one who declared February 14th would be St. Valentine’s Day. Who knows which of the men were canonized. I hope the first one. 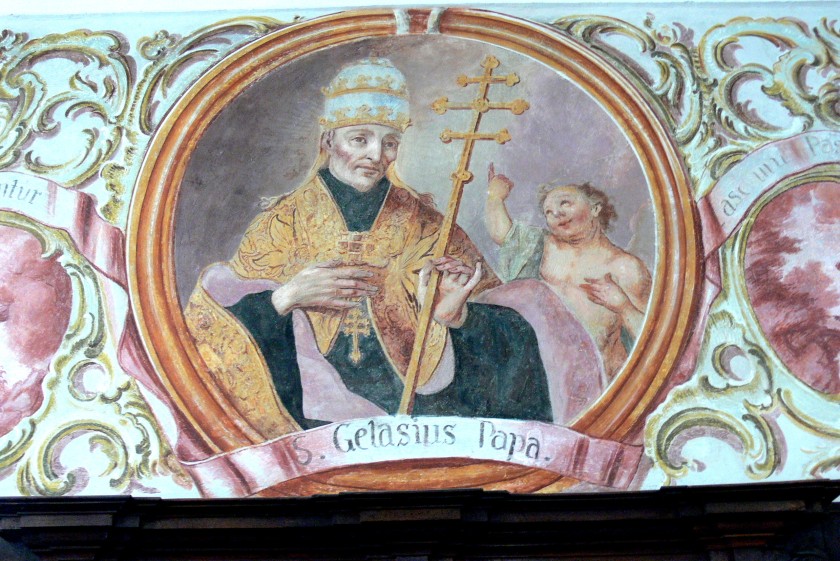 When it became a Christian holiday the nudity and drunkenness mostly stopped (at least in public, right?) This celebration of debauchery and fertility, this festival of ritual purification, turned into a celebration of love. Today it’s a Hallmark holiday that compels me to buy flowers and a card for my wife? I don’t really need a day to tell me to celebrate my relationship with my significant other, but hell, when in Rome… *gulps down a tankard of wine* Now, where’s my strips of bloody wolf hide?