Last week I headed out to Pacific University to see some good friends in their final week of the MFA in writing program. It was great to see writers. I went out to dinner with Mike Magnuson and Pete Fromm as well as some graduating writers who I believe will be great someday: Jason Allen, Glen McCrary, and others.

What a crazy business betting that you can make a living making other people enjoy the way you put words together. My Iraqi memoir has been picked up by a University Press to be published. There is a few more steps to the process so I haven’t made the official announcement but everything is going very well. My only issue is that I have talked on the phone personally to two different big-time-New-York agents and while they felt like they couldn’t represent my work they told me that I should hold out until I get to a bigger press, get an advance, sell nation-wide. Getting a New York agent on the phone is close to impossible, especially if they are not interested in repping you. I put these two conversations in the History’s-All-Time-Best-Rejections category. This just doesn’t happen to a writer, especially two times.

This is such a weird place to be: I finally have a group of people saying yes, let’s publish this thing, we love it, but the smart move may be to wait. I don’t know. It is so incredibly hard to even get a bite in this biz. I remember before grad school sending out query after query and using the dozens of form rejection letters as wall paper in my office believing they would motivate me. Most of the letters didn’t even have a signature block with the name of the person rejecting me. Many of the letters were only half sheets with one side ripped so you knew they printed two per sheet to save paper. I moved a few times and I lost those rejection letters, but I like my walls better without them. As a writer you get rejected so much that it’s unbelievable when someone sits down across from you at a table and says, “We all loved your book and let’s make this happen.”

So if I give into the little guy I’ll have a book out there, a serious looking resume, and a small book tour, but the big houses won’t publish me unless I sell around 50,000 copies or win some crazy awards. If I say no to the little guys I have a shit-ton of work ahead of me and may not get published at all.

I’m not a one trick pony either. I believe the new stuff I’m working on is better and I’m very excited to give it my full attention.

Luckily, I have until July 9th or 10th to really make my mind up. I will be making the official announcement on July 10th. 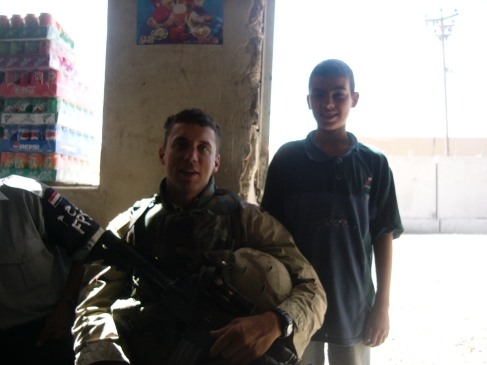