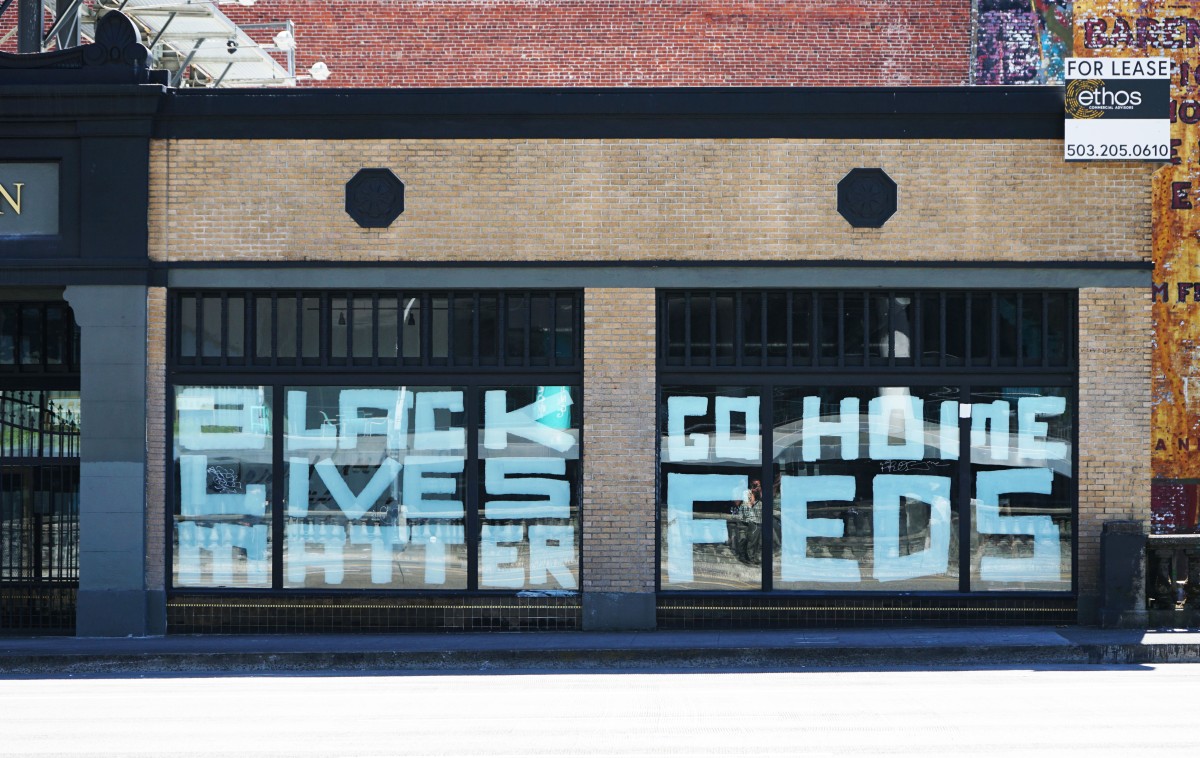 From August 27 to Aug 31 our documentary team came to Portland to film the second half of our Portland interviews. Kase drove from Ogden, Utah, and Jessi came up from LA. We were expecting to get a few interviews but we ended up getting a lot more than we thought.

While much of the world believes Portland is a Battleground, we fought against this idea, but after the invasion of the hundreds of people who support this president poured in the city, we found that Portland is a Battleground in a way. Mayor Wheeler and President Trump have been going back and forth, insulting each other. The president sent federal troops to Portland to gas and arrest protestors.

The morning after the shooting, where the Patriot Prayer member was shot and killed, there was nothing left but a burnt Trump flag. People were eating at the Food Carts on Washington only a block away. During the daytime, businesses are coming back. We had lunch many times downtown at the Independent, a sports bar close to the hotel. But every night and throughout the day, there are marches, concerts, and protests.

The Trump Parade came out of nowhere and we just happened to be right there. When they drove into town, many were on top of their cars or hanging out the windows. Right when they got into town there was a bi-racial couple walking down the street. The young, high school or early college aged kids in the cars started in on them, yelling at them. No one used the N word, but they were shouting derogatory words at them. The Black man flipped them off.

Two young Portlanders on bikes drove close to one of the trucks and stole one of their MAGA hats and gave it to the Black man from the bi-racial couple.

These trump supporters came in looking for a fight. They came from Idaho, Washington, and Eastern Oregon and drove into Portland, encouraged to conceal carry weapons, looking to poke Portland in the eye, and it ended in someone getting shot And killed.

I didn’t like it, honestly, because I could tell they were looking down on who they saw as lawless hippies, and they hated the people of Portland without knowing the residents or the city. At the same time, I felt if they could keep it from being violent they were peacefully protesting. I encourage peaceful protest. I think that’s what this documentary is all about. But then I saw the trump supporters were shooting random bystanders with paint balls and bear spray, running through them with their big trucks, and finally walking the streets looking for trouble.

We may be done filming in Portland, but maybe not. Someone reached out to me and just told me that the federal troops are on their way back. We’ll see.