During the BLM protests in Portland, Oregon, I shot this documentary with an incredible group of people: Kase Johnston – Producer/Writer, Jessi Marsh – Director/Camera/Writer, and Trevor Baierl – Producer/Editor.

I was lucky enough to be a part of the making of HUMAN the movie directed by Yann Arthus-Bertrand with journalist Mia Sfeir.

Sean was lucky enough to have his story “The Fixer” performed by the Willamette Radio Workshop. Click on the photo above to listen to it.

Sean produced a veterans’ speaking event at Portland Center Stage during their production of Mary’s Wedding:

Sean was the military consultant for Profile Theatre‘s production of Elliot: A Soldier’s Fugue.

Sean was the Military Consultant and Supernumerary for The Canticle of the Black Madonna:

Featured on MetroEast Television for the Series “In Theatre.” A season of one-act plays written, produced, and actied in by combat veterans in the Portland Area: Of Menudo and Murder

For the last two years I’ve helped produce “In Theatre.” The majority of the writers, directors, and actors were veterans and the plays were performed on Part Time Playhouse with the executive producer Archie Washington (also a veteran) and Miah Washburn (currently a First Sergeant in the Oregon National Guard and co-founder of A Rock or Something Productions). This project was backed by a RACC grant. Here are a couple links to the show: 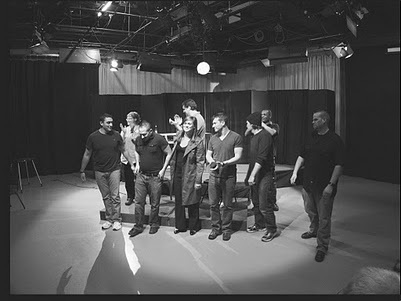 Video of Burnt Tongue 8. A reading series in Portland, Oregon

Sean’s experiences in Iraq was first shown on 60 Minutes in a segment called “In Harm’s Way.”

Sean was a production assistant on America’s Worst Tattoos:

Todd Robinson and me on set 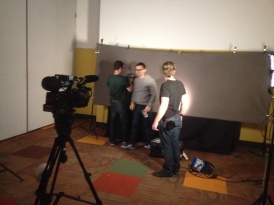 Todd at the desk! 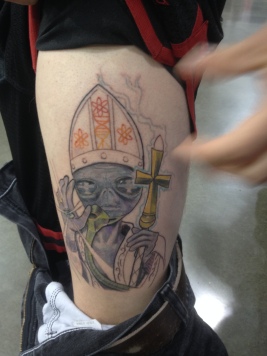 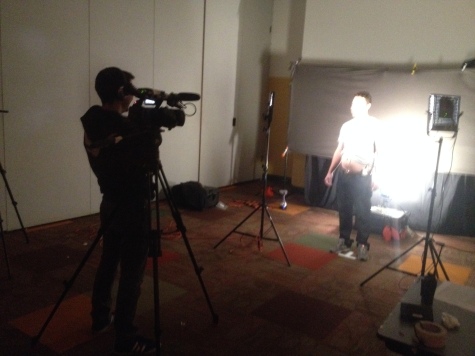